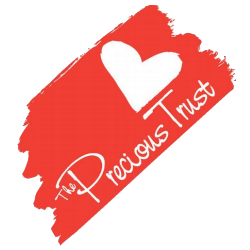 Get In touch Donate

Get In touch Donate

Rt Hon Jacqui Smith is Chair of the Precious Trust. She also chairs Sandwell Children’s Trust and University Hospitals Birmingham NHS Trust. She is a Trustee of the Kings Fund and the Jo Cox Foundation. She was MP for Redditch between 1997 and 2010 and served as a Minister in the Education, Health, Industry and Equality portfolios and in the Cabinet as Chief Whip and the UK’s first woman Home Secretary. She also works in Jordan on political development and is a media commentator on Sky, CNN, BBC and through her weekly podcast – For the Many.

Dr Marcia Shakespeare MBE is the Founder and Director of The Precious Trust. Marcia started the charity in loving memory of her daughter, Letisha Precious Shakespeare, who was tragically killed in a gang shooting in Birmingham in 2003. Marcia has a BA (Hons) in Sociology and Psychology, a PGCE, an MA in Teaching and Learning, and an Honorary Doctorate in Law from Newman University. As a trained teacher and presenter, Marcia has spoken to over 90,000 young people with The Precious Trust, The Prince’s Trust and West Midlands Police.

Jessica Pritchard is the Programme Manager and Designer of the Precious Choices Education Programme and has been working with the charity since 2013. Jessica has a First-Class BA (Hons) in Children and Integrated Professional Care, a Masters Distinction in Psychology, and is about to begin her training as a Child and Educational Psychologist. Jessica has extensive experience in supporting children and young people with complex needs. Jessica also has key skills and knowledge in managing challenging behaviours and de-escalation.